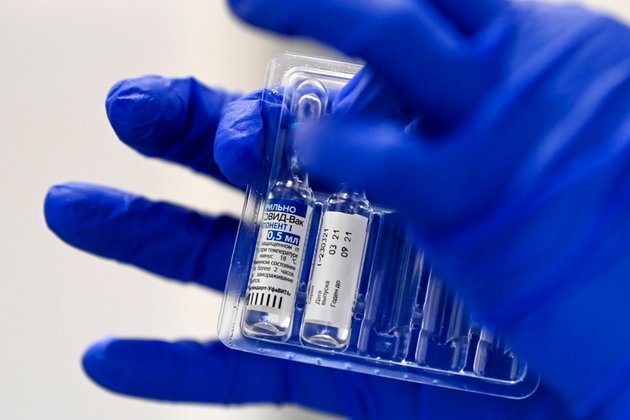 India has granted emergency use authorization for Russia's Sputnik V COVID-19 vaccine, giving the nation of 1.3 billion people a third shot as it faces vaccine shortages and an intensifying second wave of the virus.

Pharmaceutical company Dr Reddy's Laboratories said on April 13 that it had received permission from the Drug Controller General of India (DCGI) to import the vaccine, after an expert panel recommended its authorization.

Features and analysis, videos, and infographics explore how the COVID-19 pandemic is affecting the countries in our region.

'India is the most populated country to register the Russian vaccine. Total population of 60 countries where Sputnik V is approved for use is 3 billion people or about 40 percent of the global population,' the Russian Direct Investment Fund (RDIF), which is responsible for marketing the vaccine abroad, said in a statement.

India has so far given more than 100 million doses of two approved vaccines: the domestically developed Covaxin and Covishield, the Oxford-AstraZeneca vaccine manufactured locally.

The Russian sovereign wealth fund said it had agreements with five Indian pharmaceutical companies to produce more than 850 million doses a year for the population in India and global distribution.

India is the world's largest producer of vaccines, making the strategic partnership between RDIF and India's pharmaceutical industry key to expanding availability of the Sputnik V shot.

Sputnik V, developed by Moscow's Gamaleya Institute, overcame international skepticism in February after peer-reviewed results published in the medical journal The Lancet showed it to be safe and 91.6 percent effective against COVID-19. Sputnik V is a vector vaccine based on the human adenovirus, which causes the common cold.

India is being hit by a record number of new COVID-19 infections and daily deaths, surpassing Brazil as the country with the second-most reported infections since the pandemic began.

It has added 168,912 cases and 904 deaths in the past 24 hours. Since the pandemic began, authorities have confirmed 13.5 million infections and 170,179 deaths linked to the virus, although real numbers are believed to be much higher.

Meanwhile, India's drive to vaccinate its population is running into supply issues, with just 94 million shots provided so far and stocks reportedly running low in some states, including Maharashtra state, home to financial capital Mumbai.

The CEO of the Serum Institute of India, the world's biggest vaccine maker by volume, has warned that production capacity is 'very stressed.'

Countries around the world are relying on Serum for supplies of the AstraZeneca vaccine. But last month, India began limiting exports to prioritize domestic needs.

With reporting by The Times of India, Hindustan Times, and Reuters.