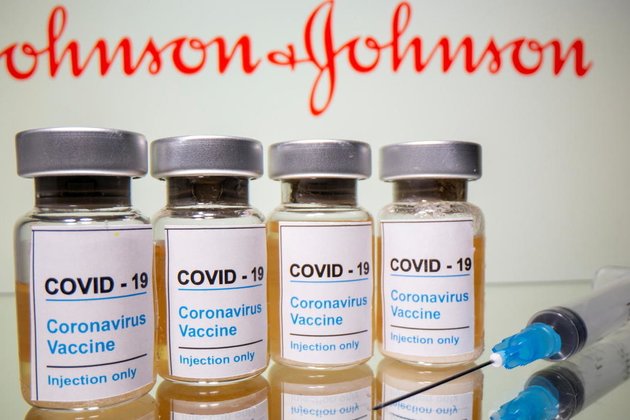 Johnson & Johnson says it is delaying the rollout of its coronavirus vaccine in Europe amid a US probe into rare blood clots.

The company announced the decision Tuesday after regulators in the United States said they were recommending a "pause" in administration of the single-dose shot to investigate reports of potentially dangerous blood clots.

"We have been reviewing these cases with European health authorities," the company said. "We have made the decision to proactively delay the rollout of our vaccine in Europe."

Hundreds of thousands of doses of the vaccine were due to be shipped to Europe in the coming weeks.

Asked earlier Tuesday about a possible halt to the rollout of Johnson & Johnson (J&J) vaccines in Germany, a health ministry spokesman said there were no immediate plans to change the schedule.

"I don't currently have the date from which Johnson & Johnson will be administered," the spokesman, Hanno Kautz, told reporters in Berlin. "But in principle, we naturally always take such warnings in an international context seriously and investigate them."

The European Medicines Agency, the EU's equivalent to the US Food and Drug Administration (FDA), said it had already started reviewing the J&J vaccine to assess reports of blood clots in people who received the shot.

"These reports point to a 'safety signal,' but it is currently not clear whether there is a causal association between vaccination" with the Johnson & Johnson shot, it said. Experts were "investigating these cases and will decide whether regulatory action may be necessary", it added.

In a joint statement Tuesday, the US Centers for Disease Control and Prevention (CDC) and FDA said they were investigating clots in six women that occurred in the days after vaccination. The clots were observed along with reduced platelet counts - making the usual treatment for blood clots, the blood thinner heparin, potentially "dangerous".

One US patient died from blood clotting complications after receiving the J&J vaccine while another is in critical condition, a senior scientist for the FDA said Tuesday.

Overall, six people aged between 18 to 48 developed a rare form of brain blood clotting with low blood platelets between six and 13 days after receiving the shot.

"One case was fatal, and one patient is in critical condition," Dr. Peter Marks said.

More than 6.8 million doses of the J&J vaccine have been administered in the US, the vast majority with no or mild side effects.

US federal distribution channels, including mass vaccination sites, will pause the use of the J&J shot, and states and other providers are expected to follow. The other two authorized vaccines, from Moderna and Pfizer, are not affected by the pause.

CDC's Advisory Committee on Immunization Practices will meet Wednesday to discuss the cases and the FDA has also launched an investigation into the cause of the clots and low platelet counts.

"Until that process is complete, we are recommending a pause in the use of this vaccine out of an abundance of caution," Dr. Anne Schuchat, Principal Deputy Director of the CDC and Dr. Marks, director of the FDA's Center for Biologics Evaluation and Research, said in a joint statement.

They are recommending that people who were given the J&J vaccine who are experiencing severe headache, abdominal pain, leg pain, or shortness of breath within three weeks after receiving the shot contact their health care provider.

Officials say they also want to educate vaccine providers and health professionals about the "unique treatment" required for this type of clot.

J&J and AstraZeneca made with same technology

The J&J vaccine received emergency use authorization from the FDA in late February with great fanfare, with hopes that its single-dose and relatively simple storage requirements would speed vaccinations across the country. Yet the shot only makes up a small fraction of the doses administered in the US as J&J has been plagued by production delays and manufacturing errors at the Baltimore plant of a contractor.

Last week the drugmaker took over the facility to scale up production in hopes of meeting its commitment to the US government of providing about 100 million doses by the end of May.

Until now concern about the unusual blood clots has centred on the vaccine from AstraZeneca, which has not yet received authorization in the US. Last week, European regulators said they found a possible link between the shots and a very rare type of blood clot that occurs together with low blood platelets, one that seems to occur more in younger people.

The European Medicines Agency stressed that the benefits of receiving the vaccine outweigh the risks for most people. But several countries have imposed limits on who can receive the vaccine; Britain recommended that people under 30 be offered alternatives.