If Bumrah's not available then Mohammed Siraj: Shane Watson on star pacer's replacement 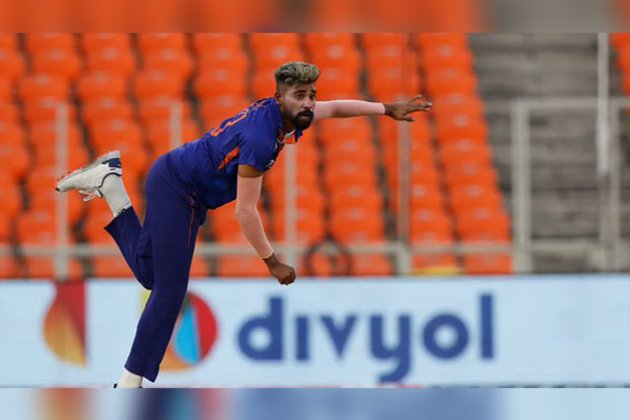 Bumrah is battling an ongoing back injury that caused him to miss the recent Asia Cup and has already been ruled out of the current three-match T20I series at home against South Africa.

While India is still hoping Bumrah can prove his fitness and play at the upcoming ICC Men's T20 World Cup in Australia, it stays unclear whether the pacer will remain in India's squad for the event.

Experienced seamers Mohammad Shami and Deepak Chahar are among the players already on India's standby list for the upcoming T20 World Cup, while Mohammed Siraj is also in the mix to feature given he received a call-up to replace Bumrah for the remainder of the South Africa T20 series.

Earlier, India head coach Rahul Dravid had said that the injured Bumrah is in the National Cricket Academy (NCA) and the team management is waiting for official confirmation on the next steps.

Watson is adamant that Siraj is the best option for India to include if they receive the dreaded news that Bumrah will be forced to miss the 20-over showcase Down Under.

"The player I would put in if Jasprit's not available is Mohammed Siraj, because of the firepower he presents," Watson said on The ICC Review.

"Without Bumrah, that's the one thing India won't necessarily have, which is vital on Australian wickets on the bigger grounds with the pace and bounce. Siraj is great with the brand-new ball. He is fast, he swings the ball away but also his defensive skills are pretty good. And he's got better over the last couple of years, with what we've seen in the IPL. So, for me he's probably going to be the one who is going to have the most impact," said Watson.

Watson believes that India's chances of claiming a second T20 World Cup title will be severely hindered should Bumrah not make the trip to Australia.

"Honestly, I think it's going to have a huge impact on India's chances of winning the T20 World Cup," Watson noted. (ANI)

King could step in if Malaysia parliament cannot choose leader

KUALA LUMPUR, Malaysia: As support for a conservative Islamic alliance prevented major coalitions from winning a simple majority in its ...

BUFFALO, New York: Just ahead of the busy Thanksgiving holiday week, western New York state was hit by a snowstorm, ...

After 73 years, Biden tells Palestinians to wait until conditions are right

NEW YORK CITY: Granting Palestine full state membership status at the UN would be a "practical" step that could preserve ...

WASHINGTON D.C.: In the largest dam removal undertaking in U.S. history, a U.S. agency last week approved the decommissioning of ...

Abuja, Nigeria - Nigeria began drilling for oil and gas in the northeast on Tuesday, a first for the African ...

FIFA WC: We were punished by our mistakes, says Australian coach after loss to France

FIFA WC: Let in that goal that we should have avoided, says France coach Deschamps after win over Australia

WHO looking to rename monkeypox to 'MPOX': Report

Geneva [Switzerland], November 23 (ANI): The World Health Organization (WHO) is looking to rename monkeypox to "MPOX" to destigmatize the ...