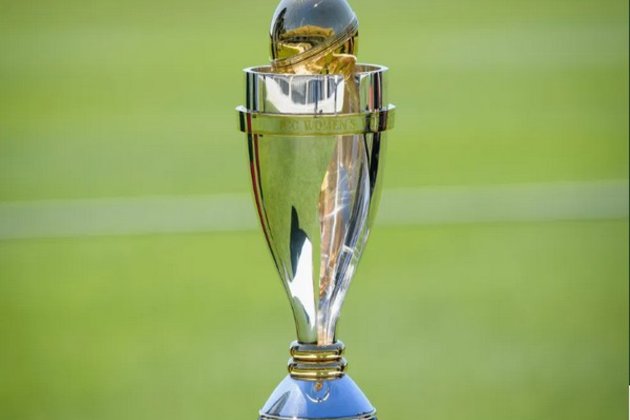 New Delhi [India], October 3 (ANI): The ICC have announced the schedule for the Women's T20 World Cup in South Africa next year with Bangladesh and Ireland filling the last two spots after the qualifiers in the 10-team tournament.

The eighth edition of the ICC Women's T20 World Cup will begin on 10 February 2023 with hosts South Africa taking on Sri Lanka. Cape Town, Paarl and Gqeberha will host the matches in the tournament with the knockout matches set to be played in Cape Town. Indian women's team will kickstart their campaign against arch-rivals Pakistan.

The final will be held on 26th February 2023 with a reserve day available on the 27th in case of major interruptions in play on the designated date.

Five-time title winners and defending champions Australia are grouped alongside their Trans-Tasmanian rivals New Zealand and hosts South Africa in Group 1 for the Women's T20 World Cup in 2023.

Group 1 also has Sri Lanka and Bangladesh, who recently won the Women's T20 World Cup Qualifier 2022 final by beating Ireland, the other qualified team who are in Group 2.

Group 1: Australia, New Zealand, South Africa, Sri Lanka, BangladeshGroup 2: England, India, West Indies, Pakistan, IrelandIn the group games, which run until 21 February, each team will take on the other four teams in their group once. The top two teams in each group at the end of the group stage play the semi-finals.(ANI)

King could step in if Malaysia parliament cannot choose leader

KUALA LUMPUR, Malaysia: As support for a conservative Islamic alliance prevented major coalitions from winning a simple majority in its ...

BUFFALO, New York: Just ahead of the busy Thanksgiving holiday week, western New York state was hit by a snowstorm, ...

After 73 years, Biden tells Palestinians to wait until conditions are right

NEW YORK CITY: Granting Palestine full state membership status at the UN would be a "practical" step that could preserve ...

WASHINGTON D.C.: In the largest dam removal undertaking in U.S. history, a U.S. agency last week approved the decommissioning of ...

Abuja, Nigeria - Nigeria began drilling for oil and gas in the northeast on Tuesday, a first for the African ...

FIFA WC: We were punished by our mistakes, says Australian coach after loss to France

FIFA WC: Let in that goal that we should have avoided, says France coach Deschamps after win over Australia

WHO looking to rename monkeypox to 'MPOX': Report

Geneva [Switzerland], November 23 (ANI): The World Health Organization (WHO) is looking to rename monkeypox to "MPOX" to destigmatize the ...